Johnson told MPs at the 1922 Committee on March 23rd: "The reason we have the vaccine success is because of capitalism, because of greed my friends." 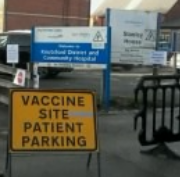 So here we have it. We now know, directly from the Prime Minister himself, who and what should take the credit for the UK vaccine rollout. Not the scientists, not the medics, nor, indeed, the politicians.

Apparently, it is straightforward “greed”.

Perhaps the same greed that has meant that the UK, so far, has not shared any vaccine with other countries (though we received 9M doses produced in the EU).

Or the greed at the heart of the massive waste of tax-payers’ money on dodgy deals with Tory cronies.

Our country is much, much better than this.