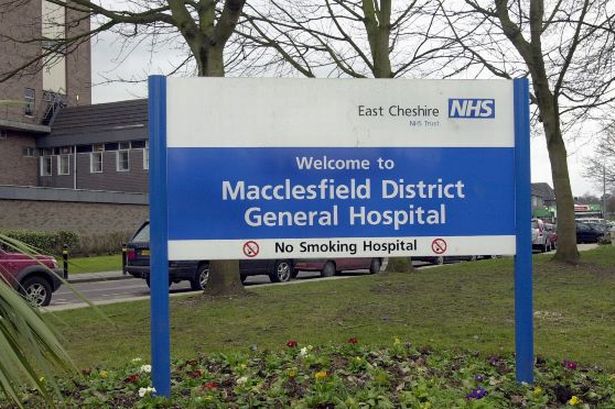 Maternity services at Macclesfield Hospital were suspended, due to the Covid crisis, until October.  But what will happen after that?  Will they restart, or will the unit close for good?  We don't know and we're not being told...

Tatton Liberal Democrats have been monitoring the situation to do with maternity services at Macclesfield Hospital for some months. Concerned that what has been described as a “temporary suspension” of birth services - introduced at the start of the coronavirus lockdown back in the Spring – might become longer-term or even permanent, Jonathan Smith, on behalf of local families, wrote to the Chief Executive of East Cheshire NHS Trust, which runs Macclesfield Hospital, in May, asking for assurances about the future of these services.

The Trust Board meeting in July heard that it was likely that the suspension would have to stay in place until at least October. On 5th. August, a letter from Jonathan was published in the media, asking who else was getting concerned about this issue, especially when the continuation of full maternity services at Macclesfield has been a matter of public campaigning over many years.

Jonathan says: “I have had a helpful and informative telephone conversation with John Wilbraham, the Chief Executive, who briefed me on the challenges faced by the Trust as it seeks to re-establish birth services at Macclesfield. He also took the opportunity to clarify that all ante-natal and post-natal services remain fully operational. With no Trust Board meeting in October, I have understood that a report will be presented to the Trust Board for its meeting tomorrow. I am concerned about what it might say. With just one day to go before the meeting, I am puzzled as to why the report has not yet been made available to the public to scrutinise.”

Tatton residents, Janet and Oliver Romain, said that their two young boys were both born via emergency caesarean at Macclesfield. They are dismayed at the decision to suspend Macclesfield’s birthing services. Janet said; “We experienced an excellent service from Macclesfield Hospital, including nine days on the Maternity Ward with our second child. It is essential that expectant mothers are able to access their local maternity team for birthing. Pregnant women are already vulnerable due to Covid-19. Scattering birthing services far and wide will lead to more anxiety and worse outcomes for women and babies. It is essential that maternity services are fully restored at the soonest opportunity.”

Jonathan added: “If the Board approves an extension to the current suspension, the public will become increasingly concerned. Tatton Liberal Democrats understand that the Trust will be under enormous pressure this autumn, but we will want to see that the Board are taking every possible step to restart the birthing services at Macclesfield as soon as it is safe to do so.”