Responding to concerns expressed by parents and rail users at a recent meeting of the Mid-Cheshire Rail-Users Association, Jonathan and his team went to see for themselves what the concerns were regarding large numbers of school children using the two-carriage train service between Knutsford and Greenbank. 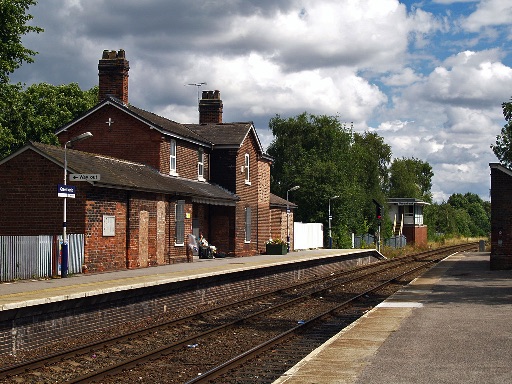 They attended Greenbank Station from 15.10 until the train from Chester departed soon after 15.30. Jonathan also travelled down to Greenbank on the train which brings many school-children from Knutsford and surrounding areas to the schools in Northwich in the morning.

Jonathan says: “If my wife and I were parents of school-children needing to use those services, we would be very concerned; especially for the younger and smaller pupils. At Knutsford, going down in the morning, and, particularly at Greenbank coming back, huge numbers of children gather on the platforms, often close to the platform edge. When the inadequately-short trains arrive, a major scrum ensues, as they pile onto the trains; I can certainly sympathise with parents who must be terrified that, one day, a bad accident will occur – either simply through numbers, or, maybe, through an altercation that could get out of hand.”

He goes on to report: “Whilst we were told that there is always close adult supervision provided at Greenbank for the 15.27 train towards Knutsford, on the day we were there little such supervision was evident. Indeed, safety seemed to be the sole responsibility of the single train Guard, who stood at the rear of the train watching the mayhem in front of him. The whole situation has, as I understand it, been seriously exacerbated both by the reduction of train length to just two carriages, and by the cancelation of a bus service between the two relevant destinations. I do not blame any one individual involved: this is a policy and strategy failure, which endangers children.”

Jonathan said that his professional knowledge enables him to see what is going on as a “safeguarding” issue, and that he will be writing to the Cheshire West and Chester Safeguarding Partnership, asking them to investigate.