Tatton at the People's Vote march

Tatton Liberal Democrats, including their parliamentary candidate Jonathan Smith, went down to London on Saturday 28th October to join the million strong  march and demonstration  for a People's Vote. 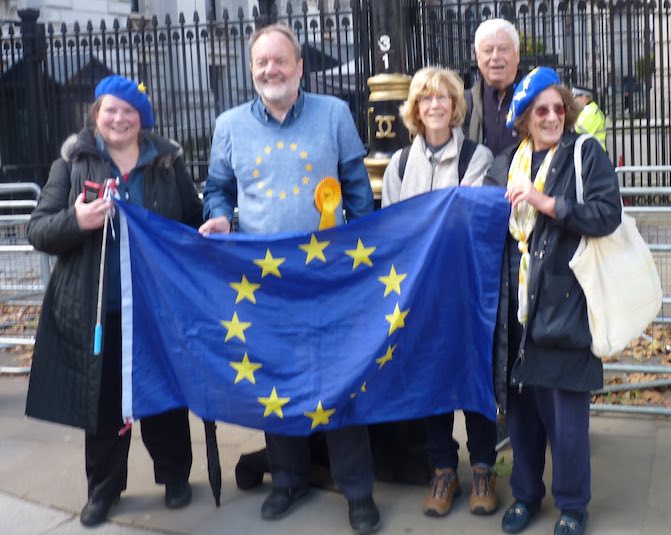 Jonathan (2nd from the left)  said:"This was a great day for all of us who believe that any version of Brexit can never be as good as the option to Remain. Over a million people, showing their total commitment to the values which made our country great - openness, tolerance and civilised behaviour - turned out to show their rejection of the failed politics of the Leave campaign.

Boris Johnson's defeat on the Letwin amendment is one in a long line since he became PM. It goes to show that this old Etonian, with no idea of how ordinary people live, with his arrogance and trashing of our democratic traditions, and with a so-called 'Brexit deal' that will harm the least fortunate and lead to the break-up of the United Kingdom, has nothing useful to offer the people of Tatton.

If we cannot trust him, how can we trust his closest supporters and allies, of whom our local MP is most certainly one"

Jonathan says that he relishes the prospect of putting the Liberal Democrat position on Brexit, on Climate Change, on the NHS, and on how to restore the public's trust in politics, to the people and voters of Tatton, whenever the General Election is called.