Trains and the North-South divide 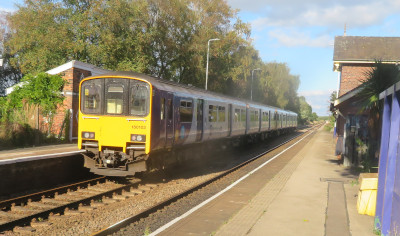 Jonathan Smith expressed his strong support for Amy Hayes and her campaign to have a proper service re-instated on the much-neglected Mid-Cheshire line, due to concerns about the health, well-being and safety of her daughter and friends.

It was two years ago, during the general election campaign, that my wife and I travelled on this line, at school commuting times, to see for ourselves what people were telling us about the overcrowded trains, and their safeguarding worries. They had reason to be concerned then, and they do now.

I raised the issue with the local Children’s Safeguarding Board, and have maintained a close eye on the situation since then.

I am currently demanding to know, from Transport for the North:

I fear that, despite supportive sound-bites to the media from some other local politicians, nothing has changed; in fact, it may have got worse.   And in my view, the Board cannot put the blame onto the pandemic: this is institutional neglect.

So, if anyone still gives the phrase “levelling up” any credibility at all, they only have to note that, the same week Amy’s brave campaign is launched, the new London Underground Extension has been opened, at the eye-watering cost of c £600m…….per mile!